Why Retire, Start a Business! 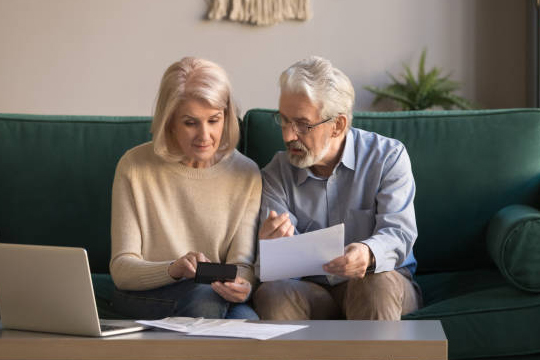 Life after Retirement, is it better or worse?

According to a recent survey 1 in 5 folks think their golden years are worse than they expected. Sometimes this feeling is brought on by the transition from working to retirement and the feeling like they have suffered a detachment. It doesn’t have to be that way for those who want to break the mold and take hold of their future.

The happiest retirees are those who have discovered and built a more meaningful life for themselves and found ways to invest their time. Today, many over 50 years of age are starting their own business and putting their life and their financial future in better shape.

There is a correlation between age and success, research by Age UK shows. More than 70% of businesses started by over 55-year-olds last more than five years, compared to 28% among younger entrepreneurs. In the U.S., the U.K., Ireland and Australia, the age group is launching more start-ups than any other cohort.

That stat comes from Elizabeth Isle, founder of the Global Institute of Experienced Entrepreneurs. She started the Institute at age 70.

A high number of those 50 plus business owners are fulfilling their time, energy and dreams through Franchise opportunities!

America has 11 million small-business owners 55 and older, according to the U.S. Small Business Administration, who have to balance their dreams of running a successful business with their goals of being able to retire comfortably financially.

Those over 50 have taken advantage of owning Franchise businesses due to the support that comes from a Franchise System and the many options/industries that the Franchise space brings to market. When people think of a franchise business, the first thing that comes to mind usually is a popular fast-food chain such as McDonald’s.

But the actual range of franchise opportunities extends well beyond restaurants – including options as diverse as home healthcare, business consulting, bird feed retailing and real estate.

That range is good news. It means that aspiring entrepreneurs can not only find a potential franchise business that matches their personal interests, but they also can find one that fits their budget, which may not be the case with a fast-food restaurant.

“There are a lot of different options out there for folks, and it depends on what they’re looking to achieve,” says Eric Stites. CEO and managing director of Franchise Business Review (FBR), a market research firm. “I see people all the time that are in their mid-50’s or so, and they’re thinking about their eventual retirement.

Franchising can give them a good 10-to-15-year window, where they can work hard for five years to get the business up and running. Then, they can kind of scale back a little bit and still own the business but not have to work as hard and still have that residual income long term in retirement.”

Anyone that has an interest in Franchise opportunities should turn to an organization or individual who knows the Franchise space very well. Let them help you understand the in’s and out’s of buying a Franchise concept. Just like todays top athletes, get yourself an agent who will represent your best interests and help you find the best organization to join.